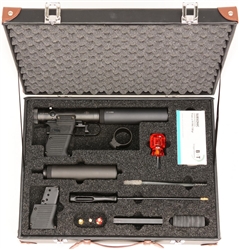 The B&T VP9 is influenced by the welrod pistol used by the OSS, the VP9 was originally designed to be simple, reliable, concealable, and ultimately quiet pistol for clandestine operations. This ultra-quiet 5-round pistol is the ultimate silenced platform.

Both pistol and suppressor were developed simultaneously to produce the quietest 9mm pistol possible. The VP9 comes with two suppressors. One made of aluminum for training purposes and a second live suppressor with replaceable baffles for field use. Along the barrel holes have been drilled permitting gases to escape into the expansion chamber, releasing the gases so that the round that is being fired never reaches supersonic speed even with standard ammunition. This produces a noise level as low as 129dB when using standard 124 grain NATO ammunition. This sound reduction can be further decreased as much as 4dB by using subsonic ammunition. This noise is about the same as a car door closing. 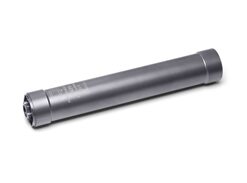 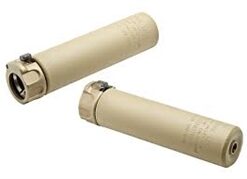 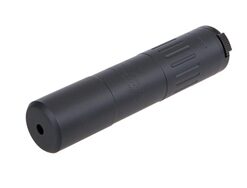 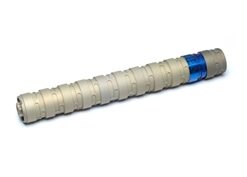 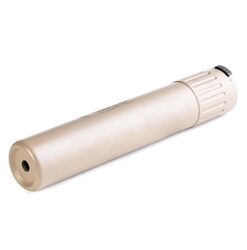 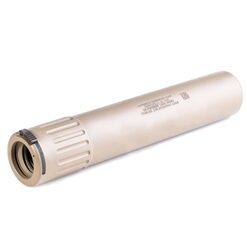 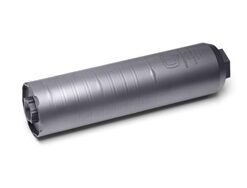 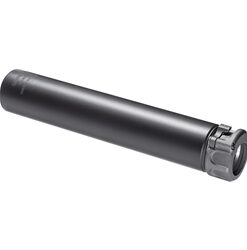